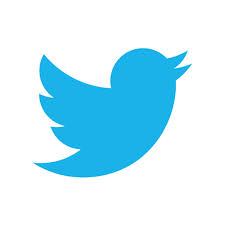 This post was  published on ZYX Buy Change Alert.

Yesterday evening, Twitter announced that it will list its stock on the New York Stock Exchange (NYSE).  This is a coup for NYSE as Twitter is the highest profile IPO of 2013.  The road show is likely to begin on October 25th and the IPO is likely to be priced the evening of November 14th.  If all goes per the plan, Twitter should start trading under the symbol TWTR on November 15th.

This is an unhedged call to consider backing up the truck and buying Twitter in the IPO for a trade.

In the world of investments, free lunches are rare.  Twitter is one of those rare opportunities.  The reason it is almost a free lunch is because the demand is likely to exceed the supply and as a result the stock is likely to trade much higher than the IPO price.

On the flip side, there is very little risk.  First, the syndicate underwriting the IPO will maintain a bid at the IPO price.An astute trader can simply put a stop-loss order right under the syndicate bid.

Second, well priced high-profile IPOs tend to trace a pattern of higher lows and higher highs.  If such a pattern is not traced, it will be a warning to sell immediately.  In all likelihood such sale price will be higher than the IPO price and the investor will end up with a gain even if the IPO does not perform well.  On the other hand, a trader can simply continue to hold it as long as the pattern described above remains intact, and easily generate a large gain.

It is important to note that it is not a completely free lunch because brokers tend to distribute hot IPOs only to their favorite clients and also sometimes impose restrictions on selling.

The Facebook  fiasco is still fresh in many investors’ minds.  In all probability the Facebook fiasco will not be repeated.

Facebook came public at $38, ran over $41 and then the syndicate bid at $38 was broken.  The stock fell into the teens.  The Facebook debacle was a result of incompetence at Nasdaq, Morgan Stanley and the company itself.

In all likelihood, NYSE has learned from the Nasdaq problems; further the NYSE model allows for human intervention unlike the Nasdaq model.

The lead underwriter is Goldman Sachs.  There is no reason for Goldman not to structure its order book in a manner that most of the stock goes to strong hands.

The Stock Is Expensive

Since the final pricing of the stock is not yet known, it is difficult to quote traditional fundamental ratios such as P/E.  In our analysis, Twitter is likely to be priced at an enterprise value of $12 to $16 billion.  By any measure, in this price range the Twitter stock will be very expensive.   But so are the comparable social media stocks such as Facebook, LinkedIn, Pandora and Yelp.  For this reason, this recommendation is for a trade and not for a long-term investment.

For their technology holdings, investors may consider a barbell strategy.  In our backtesting, such strategy is vastly superior in bull markets to holding a technology ETF such as XLK.

On one end of the bar, consider stocks like Apple, Cisco and Microsoft  which are cheap based on traditional fundamental ratios, growth prospects are mediocre, balance sheets are strong and momentum is lacking.  For the other side of the barbell, consider a stock such as Twitter which is growing fast, is speculative, and has the momentum.

Consider buying up to 300% of the full core position size in the IPO.   Of course we will provide target zones and better stop zones after the stock starts trading.  As a caution, this is not a recommendation to buy Twitter in the after-market.