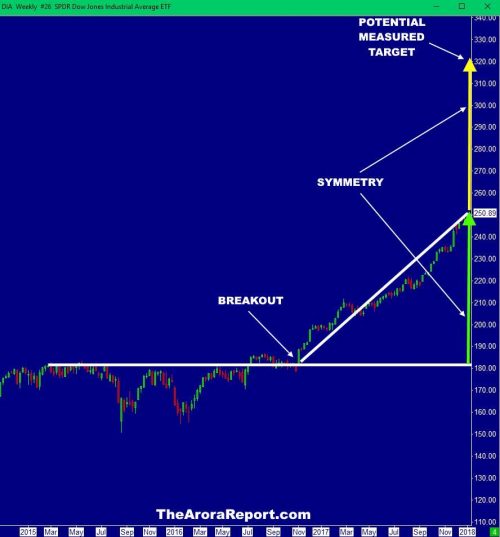 Stock bulls might want to be on alert if new allegations against President Trump turn out to be true.

Special Counsel Robert Mueller already is investigating Russian collusion, which is a big overhang over the Trump administration.

And, now, Michael Wolff’s new book (released Jan. 5), “Fire and Fury,” makes several allegations against Trump. It has become a best-seller on Amazon AMZN.  As my longtime readers know, I am politically agnostic. I see my sole job as helping investors.

There is one new set of allegations that could cause a lot of damage to the stock market. Before delving into them — and offering an alternative investment to U.S. stocks — let’s look at a chart to fully understand what such allegations could do to the market.

• In technical analysis when a major resistance is broken to the upside, it becomes support.

• The breakout point shown on the chart is the major support.

• The major support is 7,000 Dow points below where the index is now.

• There are only minor supports between here and the major support shown on the chart.

• In my 30 years-plus in the markets, I have repeatedly seen that if there is a significant adverse fundamental development in the markets, the markets cut through minor support levels like a hot knife through butter.

• Often the long-term bottom is at the major support level.

The new allegations are that the FBI is investigating money laundering against Trump and his associates.…Read more at MarketWatch