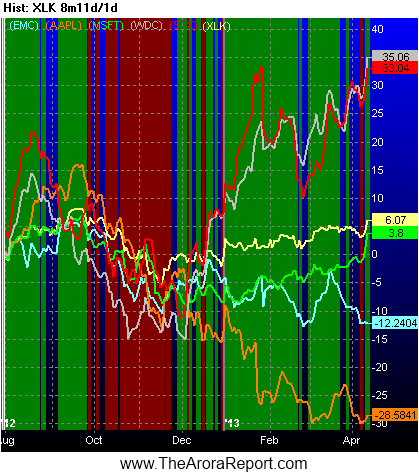 Consumers have voted with their wallets and now it is official that Windows 8 is a flop. The new data from IDC show the steepest decline for PCs in one quarter.  Only 76.3 million PCs were shipped in the first quarter of 2013.  This number is down 13.9% from the same quarter in 2012.  The expectations were for a decline of 7.7%.

In the past, Asia was always the bright spot in PC sales but not anymore.

Windows 8 was a turn off for traditional PC users because of its radical redesign of the user interface which required consumers to learn quite a bit just to be able to perform their routine tasks.  When faced with such a daunting challenge many consumers who would have otherwise bought a new lap top chose to purchase a tablet or simply postpone the purchase.

Microsoft grand vision to have one platform that works equally well on a range of devices has not been implemented well.  In my opinion, the Windows 8 experience on a tablet is inferior to both iPads and Android devices.  Further, the PC experience with Windows 8 is inferior to Windows 7. Microsoft is writing its own obituary….Read more at Forbes   (CLICK HERE FOR THE CHART)

There’s no vaccine for the coronavirus and few treatments for those who suffer from it. For investors, there are only a ...

Investing and trading are about making money, and you should never let your political opinions get in the way. Irrespective ...

THE ANSWER TO THE QUESTION AFTER CORONAVIRUS AND OIL CRASH – SHOULD I BUY OR SHOULD I SELL? $SPY $SPX $DIA $DJIA $SQQQ $QQQ $AAPL $AMZN $FB $GLD $DUST $GDX $SLV $MU

There’s a lot converging on investors today. Let’s sort it out. All signs were there for the coronavirus to move from ...