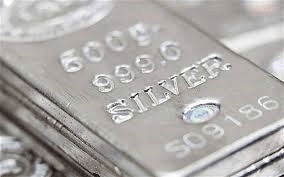 DSLV is an inverse leveraged silver ETF.  It goes up when silver goes down.  After the position was entered, silver experienced one of the big recent drops.  DSLV is trading at $16.36 in the pre-market as of this writing.

What To Do Now

All subscribers should consider taking partial profits on two-thirds of the position right here.  Based on personal preference, consider taking profits on the entire position and exiting or if wanting to hold on for the second target zone of $17.34 to $19.23, move the stop on the remaining to $14.73 to $14.88.

This post was just published on ZYX Buy Change Alert. Inverse triple leveraged silver ETF (DSLV) is trading at $15.47 as of this ...