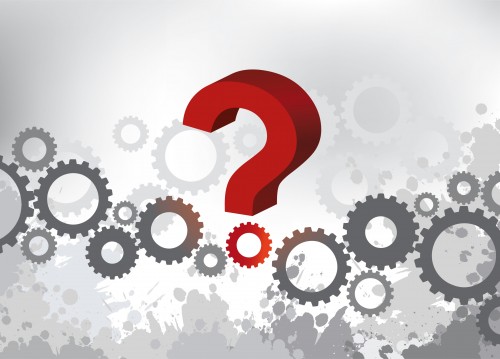 (The Weekly Digest reproduces the morning capsules made available every morning before the market open in the Real Time Feeds to the paying subscribers. )

A MUST SEE CURRENCY CHART FOR EVERY STOCK INVESTOR

The chart shows six incidence of a dip in YCS since December that also correlated with dip in S&P 500.

In evaluating the chart, it is worth repeating that YCS in an inverse ETF.  The point is that when yen gets stronger, S&P 500 dips.  Only day’s ago yen was trading at over 105 yens to a dollar, as of this writing yen has strengthened to 102 range.

The current stock market swoon also correlated with several other currencies.  Unlike the stock market, currencies typically move in small ranges.  A 1% move in a currency is a large move.

Weakness in China has caused Australian dollar to plunge.  As of this writing the Aussie is down 1.1%.

The Argentinian peso has been devalued by 13%.  This is the worst decline since 2002.

The Russian central bank likely intervened to support the ruble from further fall.

The Turkish lira remains under pressure, declining about 1.1% in spite of reports of Turkish central bank intervening to support the lira.

Movement in currencies gave us an early clue that led to our down grade of 13 of the 15 emerging markets that we actively trade to mild sell on January 13, 2014.  This call has proven spot on.

DJIA futures are down 98 points.

HSBC preliminary PMI for China came at 49.6 compared to consensus of 50.3 and whisper numbers of over 51.  Investors en mass sold stocks on the news and ploughed the money into gold.  Gold has rallied strongly breaking the resistance at $1250 and the stock market is likely to open down triple digits.

Oil is rallying as money flows out of stocks and into commodities.

DJIA futures are down 105 points.

SO FAR EARNINGS DISAPPOINT IN AGGREGATE

In aggregate so far earnings are not meeting expectations and are significantly lower than the whisper numbers.

In the long run, earnings growth is the best predictor of the stock market. In the short to medium-term anything can happen.  Throughout 2013, earnings were not meeting expectations but the market kept on running up anyways.  Vast majority of the 2013 upmove was because of P/E expansion and not because of better earnings.  For this reason, the market is more vulnerable than generally believed.

We will keep a careful eye not only on earnings but a variety of other indicators that form our timing models.

Oil is trying to move up.

DJIA futures are down 17 points.

STRONG START TO THE DAY

Gold has been unable to hold $1250 level.  Most of the selling is coming from the United States.  Yesterday saw strong buying in Asia.

Oil has just broken out on the upside from the resistance of $95.

DJIA futures are up 88 points.

New developments in clinical trials and drug approvals have become commonplace. And buyouts of biotech stocks at high premiums are ...