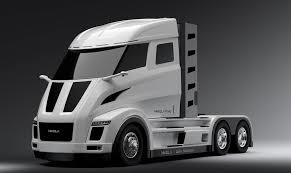 Tesla (TSLA) is named after Nikola Tesla.  Now there is another company named ‘Nikola’  that deserves your attention.

Nikola (NKLA) is involved in the development of class 8 semi-trucks fueled by hydrogen for zero emissions.  Nikola is combining with a special purpose entity that trades under the symbol VTIQ. The stock will soon start trading under the symbol NKLA.

There are four key points here.

For those following the Good Way and are aggressive, the Buy Now rating is a ‘YES’ to start a small scale in right here.  VTIQ is trading at $12.57 as of this writing.

There is no target zone at this time because it will depend on if the stock catches the fancy of the momo crowd and gains a cult like following similar to TSLA and SPCE.  Just take a look at the charts of SPCE and TSLA to picture just how high the target can go.

As the coronavirus spreads across the U.S., the question I am being most often asked is how low can the ...

VTIQ AND NIKOLA: TAKE PROFITS ON THIS TESLA AND VIRGIN GALACTIC LIKE STOCK AND EXIT $VTIQ $SPCE $TSLA $NKLA

This post was just published on ZYX Buy Change Alert.  Due to adverse overall market conditions, this is a tactical and not a ...

First and foremost, the sole purpose of me writing this column is to help investors, who are anxious as the ...