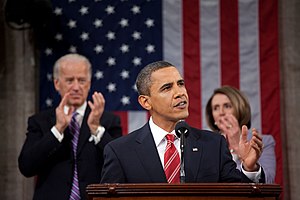 In last week’s State of the Union address, President Obama mentioned Apple and 3D printing.  Apple CEO Tim Cook was given a prominent spot in the first lady’s box.  Obama looked at Cook and said, “This year, Apple will start making Macs in America again.”  Cameras focused on Cook and he smiled.

The morning after the speech there was no impact on Apple stock.  But 3D printing stocks were quite a different story.

Obama said, “A once-shuttered warehouse is now a state-of-the art lab where new workers are mastering the 3D printing that has the potential to revolutionize the way we make almost everything.” Four 3D printing stocks were hot on the morning after the speech.  The real hot number was Proto Labs.

Proto Labs is different from the other 3D stocks mentioned here in that it does not sell 3D printers, but offers 3D printing and custom machining as a service…Read more at Forbes