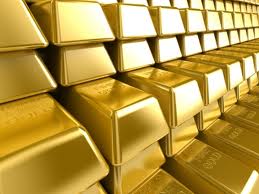 The Crimean referendum took place over the weekend, and 96.77% of the vote was in favor of joining Russia. Sanctions from the West will likely be announced soon. The Chinese renminbi fell 0.3% to an 11-month low, which is a big move for a currency; this comes after a string of bad economic data from China.

Over the weekend, there were predictions that the DJIA would open on Monday down 300-400 points and gold would open up $40-$50. It is still early in the pre-market at the time of this update, but it is worth noting that DJIA futures have been up over 90 points and gold has been down about $6.00. Of course there will be volatility in the near term as more news hit the wires.

With regard to China, the Chinese government is purposely bringing down its currency to make its exports more competitive. I think the market will take solace from this action. I also think that China may soon announce a mini stimulus to further calm the markets.

We are still advocating buying U.S. stocks, but now primarily on dips…Read more at MarketWatch

FREE $5500 PAYCHECK PLUS FREE RENT MAY BE AHEAD – HOW WILL THE STOCK MARKET REACT? $DIA $DJIA $SPY $AMZN $MSFT $AAPL $AMD $TSLA

Bills pending in Congress would provide free rent and mortgage payments during the coronavirus emergency, and a monthly check of ...

Investors may not have noticed Boston coronavirus data that goes against the prevailing wisdom. In Boston’s Pine Street Inn, a homeless ...