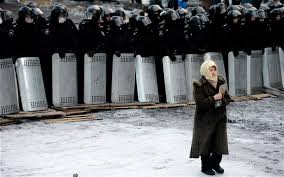 There’s a lot going on these days. Crimea, a region of Ukraine, will hold a referendum this weekend on whether or not to join Russia. A secondary concern is bad data from China. Gold is rocketing, stocks are swooning and bonds are rising on jitters. But let’s take a deep and breath and take another look at all that’s going on.

Taking a step back

Here’s my take on what’s going on in the world.