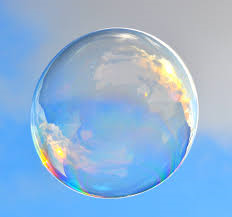 U.S. President Donald Trump and Chinese President Xi Jinping have declared a trade truce. And stock market bulls are encouraged. So this is a good time for prudent investors to look ahead and plan.

Before I discuss a potential plan, let’s start with a chart. Please click here for an annotated chart of the SPDR Dow Jones Industrial Average ETF DIA.  For complete transparency, this chart is unchanged from the prior publication. Similar conclusions can be drawn from the charts of SPDR S&P 500 ETF SPY   and Invesco QQQ Trust QQQ which tracks the Nasdaq-100 Index NDX :

• The chart shows the first target for the Dow Jones Industrial Average of 29,000.

• The chart shows the second target for the Dow Jones Industrial Average of 32,000.

• The move up is not likely to be in a straight line, notwithstanding the euphoria after the trade truce.

• The stock market is assuming that a good trade deal is ahead.

• The stock market is also assuming aggressive interest-rate cuts by the Federal Reserve.

A good deal is unlikely

After having studied the reporting related to the trade truce, I think there is no indication that China is willing to budge on its long-term goals. Here are the key points:

• China will use this time to reduce its dependence on the United States. As an example, China is likely to focus on semiconductors that are now dominated by American companies such as Qualcomm QCOM,  Advanced Micro Devices AMD,  Micron Technology MU  and Applied Materials AMAT.

• After China becomes stronger, it will have less incentive to give in to U.S. demands.

• The stock market is myopic, as it is controlled by the momo (momentum) crowd these days.

• Trump has made the stock market an important gauge of his success.

• The stock market will be demanding a deal — good or bad.

• Apple’s AAPL  stock is the big beneficiary of the trade truce. Other large-cap popular tech stocks such as Facebook FB,  Alphabet GOOG,  GOOGL  and Amazon.com AMZN  are moving up with the general market bullishness but have no significant business in China.

For those reasons, a bad deal now has the highest probability. Investors also shouldn’t rule out a fairly high probability of no deal because Trump may decide to focus on the long-term good of the U.S.

While considering the above points, keep in mind that the stock market is assuming a good deal. In our analysis at The Arora Report, the probability of a good deal is low. Why should you focus on the probabilities? The answer lies in Arora’s Third Law of Investing: Making investing and trading decisions based on probabilities is the only realistic and profitable approach…Read more at MarketWatch.