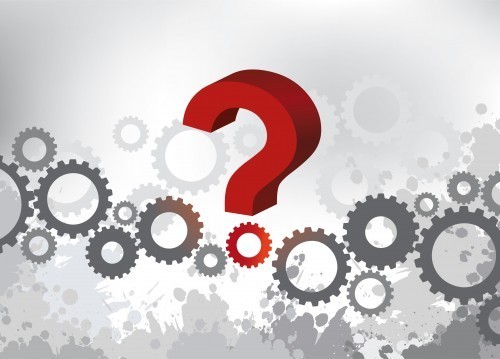 Weekly Digest from The Arora Report is popular among serious investors and money managers because they have found studying insights from the prior week gives them an edge over the coming weeks. Here is the day by day rundown from the morning capsules made available every morning before the market open in the Real Time Feeds to the paying subscribers of The Arora Report.

Please scroll down for the section What To Do Now.

Recent strength in the stock market appears to be partly due to forced buying by Catalyst Hedged Futures Strategy Fund.  This $3.4 billion fund apparently sold short calls on S&P 500 when the market rose, the fund lost 15% of its value and was apparently forced to cover short calls leading to frenzied buying in the stock market.  The company has denied that its buying was forced and states that it simply had to buy to stem losses.

The insight here is that investors are better off waiting for a pullback before adding to positions.  In addition to fundamentals, the market is being driven by many technical factors that are not sustainable. The foregoing is an example.

U. S. bonds are higher on investor rush to safety after Trump holds 77 minute press conference.

French bonds are lower on leftists talking to unite behind a single candidate in the upcoming presidential elections.  Such a move might result in a contest between a leftist and far right Marine Le Pen who advocates Frexit.  Frexit is the name for France potentially leaving the EU.

Gold rises on a rush to safety after Trump’s 77 minute unprecedented press conference.

Oil and currencies are treacherous with cross currents on both bullish and bearish sides.

DJIA futures are down 68 points.

DOVISH ECB STOPS STOCK RALLY IN ITS TRACKS BUT HELPS BONDS, GOLD AND YEN; OIL INVENTORIES AT HIGHEST LEVEL SINCE 1982

Minutes from the European Central Bank (ECB) has at least temporarily stopped the stock rally.  It is helping bonds, gold and yen.

Building Permits came at 1285K vs. 1230K consensus, this is a leading indicator.

Gold is also experiencing upward pressure due to a communication by World Gold Council.  Please remember that World Gold Council’s purpose is to help gold miners run up the price of gold.  As a result they have a vested interest in producing a one-sided analysis to run up gold.

EIA data shows that oil inventories are at the highest level in weekly data since 1982.  What did oil do on this bearish data? It is going up.  We have been warning you for days about the treacherousness of the oil market at present.

DJIA futures are down 24  points.

CPI came at 0.6% vs. 0.3% consensus.  Consumer prices are now increasing at the fastest rate since 2013.  In our models we use Core CPI as it contains less noise and helps better with market timing.  Core CPI came at 0.3% vs. 0.2% consensus.

About 70% of U. S. economy is consumer based.  Therefore retail sales are very important to the markets.

The ‘smart money’ is inactive.

Yellen testimony in front of Congress is hawkish.  She seems to be on a mission to raise rates.

Speculators got burned as API oil inventory came at 9.4 million barrels vs. 3.5 million barrels consensus and whisper number of 2 million barrels.  However after initial fall, momo is back buying oil again aggressively.  EIA data will be released at 10:30 am ET.  If momo continues its recent behavior, they are likely to buy irrespective of the data.

The sum total of the foregoing is that it is extremely treacherous to take any short-term oil position here.

Bonds have been sold on hawkish Yellen.

Dollar is stronger against euro and yen.

DJIA futures are up 7  points.

Yellen will begin her semi annual testimony before Congress later today.  We will be looking for clues for interest rate hikes.

In some trading circles, there is speculation that Yellen will cause a Valentine’s Day massacre by stating her intention of raising rates in March.  The market is not ready for a March rate hike.

In our models, we give heavy weight to Core PPI as it is a leading indictor of inflation.

Buying In Gold On Flynn

There is strong buying in gold by the momo crowd on Flynn resignation.  The ‘smart money’ is inactive.

Oil is being bought  ahead of API inventory data on speculation that inventory build will not be as large as last week.

Bonds and currencies are range bound.

DJIA futures are down 15  points.

Trump has accused countries such as China and Japan of manipulating their currencies and running large trade deficits with the U. S. Markets in Asia have been on edge leading into the meeting between Japanese Prime Minister Shinzō Abe and Trump. Economic policies of Abe are known as Abenomics and in part rely on weak yen and exports to the United States.

The news is that meeting between Abe and Trump has ended with handshakes, hugs, golf and a statement by Trump that he supports Japan 100%. The real news here is that there is no mention of weak yen and Japan running a large trade deficit with the U. S. In 2016, Japan ran $68.9 billion trade deficit with the United States. This is the second largest U. S. trade deficit with any country. Abenomics has triumphed over Trump’s policies. It appears that Trump has been influenced by geopolitical considerations to forego the flashpoint of weak yen and trade deficit. While Trump and Abe were meeting, North Korea challenged them by launching a ballistic missile in the Sea of Japan.

Also initial reaction is the ‘smart money’ selling gold all across the globe.

IEA says that there is 90% compliance to OPEC production cut agreement.  This is causing bullish sentiment in oil.  On the flip side, rig count in the U. S. is increasing embolding bears.  There is not trade in oil at this time as neither bears nor bulls have an edge.

DJIA futures are up 55  points.

WHAT TO DO NOW

Looking ahead and not only in the rear view mirror, consider continuing to hold existing core portfolio positions. Based on individual risk preference, consider 27 – 38% of assets in cash or treasury bills, and short to medium-term hedges of  25% and very short term hedges of 5%.