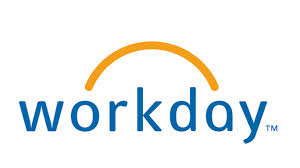 Workday (WDAY) is a provider of software as a service for human capital management, financial management and big data analytics. It was founded by Aneel Bhursi and Dave Duffield.  Bhursi was the chief strategist at PeopleSoft and Duffield was the founder and CEO of PeopleSoft.

Founded in 1987, PeopleSoft initially focused on human resource management and then grew into supply chain management and finance.  PeopleSoft grew rapidly to challenge Oracle (ORCL) enterprise resource planning business.  It was a classic battle of David vs. Goliath and David was winning.

In 2003, PeopleSoft merged with a smaller rival but a major player in the ERP business, JD Edwards.

In the software business, hostile takeovers are rare because the software business is heavily dependent on the talent and it is difficult to hold the talent after a hostile takeover.  Not to be deterred, facing a major challenge to its ERP business from PeopleSoft, in 2003 Oracle launched a hostile bid for PeopleSoft.  After a lot of bad blood and a law suit by the Department of Justice against the Oracle bid, Oracle completed the acquisition in December 2004 for approximately $10.3 billion.  The bad blood was made worse because the initial offer was $13 billion and right after the acquisition Oracle fired 6,000 of PeopleSoft’s 11,000 employees.

On Wednesday, Workday reported earnings after the market close.  A study of this earnings report and the conference call shows that Workday has reached an inflection point and is now well on its way to becoming a top tier software supplier…Read more at Forbes

President Trump says any China trade deal may be best after the 2020 presidential election. Contrary to popular belief, doing so ...

A headline that shook the financial world Friday is Bridgewater Associates, the world’s largest hedge fund, betting more than $1 ...

I’m receiving more than the usual number of emails from investors who are concerned about the stock market potentially falling ...

The 10th anniversary of the secular bull market in U.S. stocks is upon us. An unintended consequence is that some ...

Are you an investor who likes to get ahead of the curve? If yes, you need to know the trick ...

Apple CEO Tim Cook was the last person to know that Chinese consumers weren’t buying iPhones in ever-increasing numbers. That ...

After President Trump’s tweet about a potential 10% tariff on iPhone imports from China, investors’ heightened attention to technology stocks ...

The stock market is developing two chart patterns that all prudent investors should pay attention to. Let’s explore the issue ...

Investors’ emotions have been running high, according to emails I’ve gotten over the past few days. Emotions are a big enemy ...

In the stock market, the second half of the year often looks different from the first half. And this year, ...

I can safely say that, from my 35 years in the financial markets, to be consistently successful at investing, one ...

Indications are that post-Brexit-vote bottom in the stock market is not yet in, but plenty of attractive opportunities are developing ...

This post was just published on ZYX Buy Change Alert. CRM reported earnings better than the consensus and whisper numbers.  In the ...

This post was just published on ZYX Buy Change Alert. MSFT has denied that it is pursuing a bid for CRM.  In ...

This post was just published on ZYX Buy Change Alert. There are rumors that MSFT is considering a bid for CRM.  There ...